So a friend sent me this great article about why cashmere is so expensive and soft. I recently began to use wool and cashmere blend for scarfs.  Not only is it soft but durable – not twisting and pulling after wear. I am a fan.

So per the article it takes four cashmere goats for one sweater; and the cashmere goats hair at the back of the neck produces the softest yarn. In addition, the articles talks about making sure those who are selling cashmere are maintaining a organic, sustainable practices and authentic fibre.

A single cashmere goat does not produce a whole lot. You only harvest the fibers once a year, and most of us do so by combing the undercoat, which sheds yearly. You can get between six and eight ounces from a really good goat initially, but once it’s processed you’re not likely to get more than four ounces back,” she said. Pam Haendle, a cashmere goat farmer in Central New York. 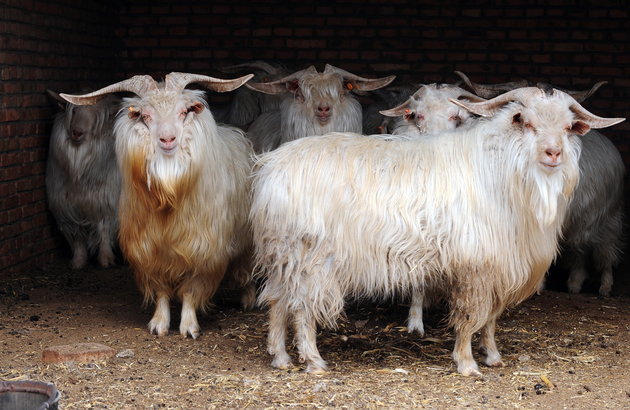 As always here’s the rest of the article – So THAT’S Why Cashmere Is So Expensive? | The Huffington Post.

3 thoughts on “#DYK How many goat’s are needed for 1 cashmere sweater?”